ALIEN INVADERS.IO is an arcade-style game in which you must use your UFO to absorb all of the smaller things in order to become the largest object in the match.
Prepare for an extraterrestrial invasion by piloting the UFO Spaceship and defeating the other aliens. Kidnap the earth, boosters, and other alien invaders as quickly as possible. The last UFO and the largest spaceship. In Alien Invaders io, have fun in the alien war. Get started! Features: Decide on a name for your game to personalize it. Name of Player 6 Legendary Skins; 15 Epic Skins; 6 Rare Skins Classic, Solo, and Battle are the three game modes available. Classic (become the biggest), Solo (eat the entire city), and Battle (eat the entire city) (Be the Last UFO) Treasure Chest, Magnet, and Upsize Boosters 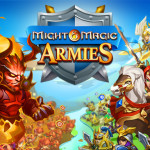 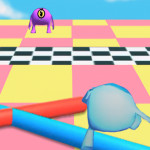